Save Water. Replace Your High-Flow Shower Head with an Efficient Low-Flow Showerhead

Now is the best time to replace your inefficient high-flow shower head with a highly efficient model.  Switching provides many immediate benefits. Since a new low-flow unit will result in a lower flow rate of water, you'll see an immediate savings on your water bill. Not to mention helping the environment as well.

Since the average family consumes most of their water in the shower, reducing your shower's flow rate is a great idea.  And there are so many models to choose from.  Let's get into the specifics on just how much water you can save by switching to a low-flow showerhead. Now let's discover the savings we experienced testing a low-flow shower head vs. a traditional showerhead.

Almost all shower heads sold in the U.S. these days come with a 2.5 gallons-per-minute (GPM) maximum flow rate. In other words, you will end up using 2.5 gallons of water for every minute you have the shower on. Much of this will be hot water. And hot water comes with the added costs in the form of higher electricity and/or natural gas bills. While 2.5 GPM is considered to be low-flow by most standards, newer ultra low flow models are now available and use just 0.5 to 1.5 gallons-per-minute. Contrast this with an old traditional high-flow shower head still being used in some homes that can easily use 5 to 10 GPM and you can quickly imagine the significant savings that are possible.  The new efficient high pressure shower heads are available in a variety of different shapes and sizes.

Seven to ten minutes is the average amount of time Americans spend in the shower, according to most recent studies. Sure, there are those who loves to spend twenty minutes or more offset by those who get in and out in a couple of minutes. The longer you spend in the shower, the more water and money you'll save by ditching your high-flow showerhead.

Most studies also find that the average number of showers taken per day is one.

How much water will you save with a low-flow high pressure shower head?

Assuming that you shower 30 times per month and your average shower duration is eight minutes. Showering 30 times with an average duration of eight minutes means you will shower a total of 240 minutes. With a high-flow shower head this results in a water consumption of approximately 1680 gallons.

Today's standard 2.5 GPM low-flow shower head:
If we use the same numbers above, that 240 minutes of showering results in 600 gallons of water used in the shower. We can already see a difference of 1080 gallons per month or nearly 13,000 gallons per year in savings verses a high-flow unit. 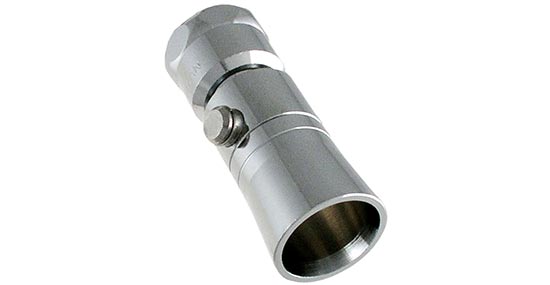 Thus a family of four could see an average annual savings of over 63,000 gallons, as well as a big savings on their annual electric or natural gas expense.  Replacing is easy, inexpensive and great for the environment.